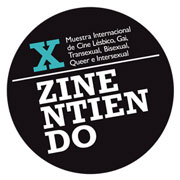 Screening of I’m not a feminist, but… at the LGTBIQ film festival of Zaragoza (Spain) called Zinentiendo (10 to 18 June)

Appearing on French television with Simone de Beauvoir in 1985, Christine Delphy recalled a time when she began every sentence with, ‘I’m not a feminist, but…’  – reluctant to invoke a stigmatized term,  yet nevertheless daring to express a desire for equality. This  documentary is a portrait of a feminist thinker, an openly lesbian  activist and founder of the French Women’s liberation movement in 1970.